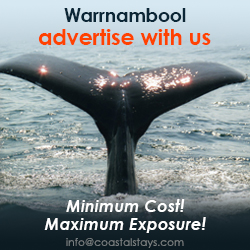 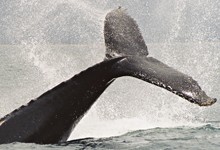 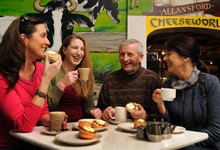 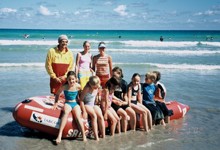 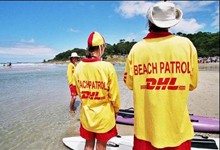 Water Safety Hints
 Swim or surf only at beaches patrolled by lifeguards
 Always swim between the flags marking the area safer for swimming.
 Read and obey the signs
 Be careful where you dive  accidents often result from diving into shallow waters.
 Be aware of slippery banks and rocks when fishing
 Dont swim under the influence of alcohol or drugs
 Always swim under supervision
 If you get into trouble in the water, stay calm. Signal for help, then float and wait for assistance
 Float with a current or undertow. Dont try to swim against it.
 When out on the water always wear the correct safety equipment.
Contact 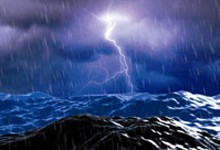 Shipwrecked - World Class Sound & Laser Show
Merri Street Warrnambool VIC 3280
At Flagstaff Hill. Image being on board a 19th century sailing ship as it sinks in treacherous seas off the coast of Victoria's Great Ocean Road...and surviving! Experience the tragedy, drama and excitement of sailing the high seas. The show tells the tale of the survival of Tom Pearce and Eva Carmichael from the wreck of the Loch Ard in 1878
Contact 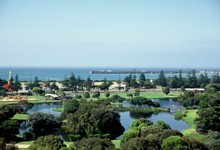 Lake Pertobe Playground
20 hectares of fun including giant slides, mazes. The popular park has an abundance of picnic and barbecue areas. Enjoy walking tracks around the lakes and protected wetlands.
Contact 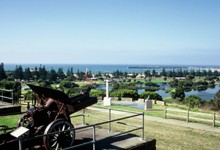 Cannon Hill
One of the finest views in the city overlooking Lady Bay and Lake Pertobe.. Cannon Hill was so named as it was the site of the cannons originally installed to ward off attacks from the potential Russian invasion in the mid 19th century. The Portuguese Padrao commemorating the voyages of early Portugues explorers is situated there.
Contact
1  2 3 4 5   Next >
View All . Back to Top