Back To Port Campbell Site

At the western end of the Great Ocean Road, nestled between the Bay of Islands Coastal Park and Port Campbell National Park, conveniently located for visitors who want to stay in a town close to the major coastal attractions. It is central to some of the most unique coastal scenery in Australia.

Set on the mouth of the Curdies River and the picturesque Bay of Martyrs, the town is surrounded by numerous unspoilt beaches including Newfield Bay and Croft’s Bay, as well as surfing, and fishing beaches.

To the west, the Bay of Islands is a photographers delight especially at sunset. The Curdies River and coastal dunes are great for bird watchers.

Peterborough has a rich maritime history with a number of ships wrecked immediately off the coast including:- 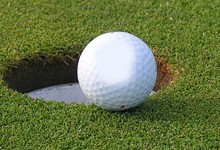 Peterborough Golf Course
Scomberg Road Peterborough VIC 3270
9 hole course 10 km from Port Campbell Open Daily
Green fee players most welcome to be treated to some of the world's most spectacular scenery. Located on the dunes you will remember your round of golf at Peterborough. Call into the clubhouse and have a drink with the locals.
Contact
Back to Top