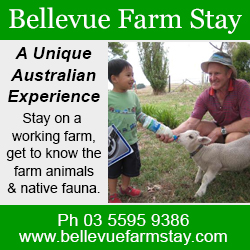 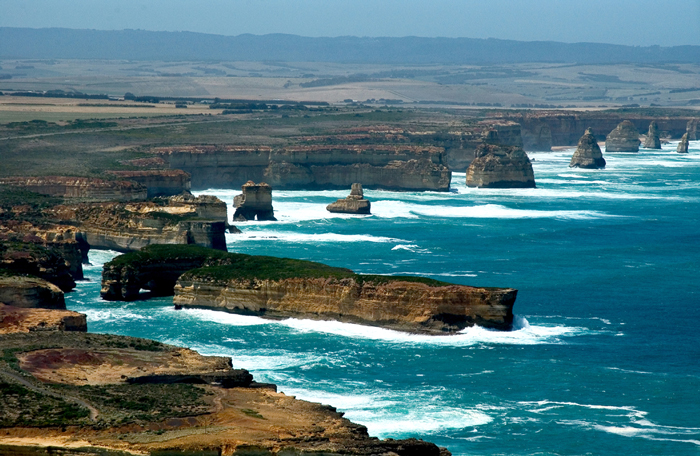 Stretching from Princetown to Peterborough covering some 1750 hectares of coastal heathland between The Great Ocean Road and the sea.

The formation of the coast began around 10-20 million years ago. Countless millions of tiny marine skeletons built up beneath the sea to form limestone. As the ocean retreated, the soft limestone was exposed to the wild seas and winds of the Southern Ocean. The sculpting had begun.

The seas that shaped the coastline also provided a wealth of resources for the local aboriginal people the Kirrae-Wurong. Shell middens along the coast remind us how wealthy and diverse their food and lifestyle must have been.

The scene of many ill fated ships the most famous being the Loch Ard wrecked off Muttonbird Island near Port Campbell in 1878. (see Loch Ard Story)

See the coastline as the passengers and crew on the sailing ships would have - Port Campbell Boat Charters operate guided tours of the coastline. Depart from Port Campbell jetty, information call 03 5598 6411 they also conduct dive charters.

No camping is permitted in the Port Campbell National Park or the Bay of Islands Coastal Park.