A Drive Through Phillip Island History 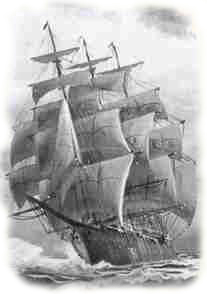 A drive around the Bass Coast area is far more than a scenic trip through some of the most breathtaking coastal and hill country in Australia...its a trip back into the very earliest beginnings of the state of Victoria. And it is a trip any Melbourne motorist can complete in a day.

Take the South Eastern Arterial (M1) to the Cranbourne exit where you will turn onto the South Gippsland Highway (M420) to Cranbourne where you are approaching an area which first attracted settlement not 30 years after Captain Cook stepped ashore at Sydney Cove.

Through Cranbourne to Tooradin, which is more than a picturesque fishing village on Sawtell's Inlet. It was originally named after a 16,000 acre cattle run taken up by Frederick and Charles Marton in 1840. The aboriginals believed a huge monster (Too-roo-dun) lived in a deep home somewhere in the inlet. The early explorers modified the name to its common-day form. Tooradin became a settlement in 1854. Along the highway (on your right just past airfield) you will see the historic Harewood homestead built by W. Lyall in 1868, and now classified by the National Trust. (Open weekends). You are driving through a latter day miracle in the drainage system, which made the huge Koo-Wee-Rup swamp such a rich cultivation area that it is today.

Continue past the turn off to Korumburra and you come to the highway (A420) which bears the name of surgeon George Bass who was born in Lincolnshire, England on 30th of January 1771 and was lost at sea in 1803.

It was Bass who first discovered Western Port in 1798. He spent nearly two weeks exploring both entrances and Phillip Island, landing at Rhyll to repair his boat. He ventured into the Bass River going as far as Bass Landing for fresh water.

The once busy pioneering seaport of Grantville which was once the supply port for the settlers in the hill country and the exit port for their produce. Grantville was named after Lt. James Grant, who followed Bass into Western Port in 1801 in the Lady Nelson. Grant stayed several weeks and built a hut on Churchill Island. There he planted Victoria's first crops, seeds of wheat, barley, peas and potatoes. 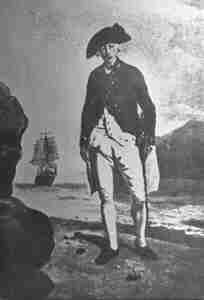 Off the highway a few kilometres and you enter the fishing and holiday resort of Corinella.

In latter years Corinella has been known as the supply port for the now closed French Island prison farm. But its history is far more significant than that. It became the first settlement site in Victoria when in 1826 Governor Darling was told the French had designs on southern Australia.

Captain Wright of the 3rd Buffs Regiment with Lt Burchill as his second in command, 21 convicts and the explorer Hovell, set sail in a small brig "The Dragon", escorted by HMS Fly set sail for Western Port. The party arrived in Western Port on November 26th 1826 and set up Fort Dumaresq on Phillip Island near Rhyll. Faced with a shortage of water, Captain Wright decided on a point on the eastern side of the bay, one mile east of the present Corinella township. It became known as Settlement Point. Captain Wright was not impressed with the locality and the settlement was abandoned 15 months later.

Samuel Anderson was the first to squat in the Bass area in 1835, and was followed by his brothers Hugh and Thomas. The Anderson's built a house from bricks abandoned at the unsuccessful Corinella settlement. Settlements soon sprang up along the coast at Grantville, Corinella, Bass Landing, Griffiths Point (now San Remo) and Queensferry.

If you follow the coast you will pass through Anderson (Anderson's roundabout on the way to Wonthaggi and Phillip Island) named after the family which started permanent settlement on the Bass Coast.