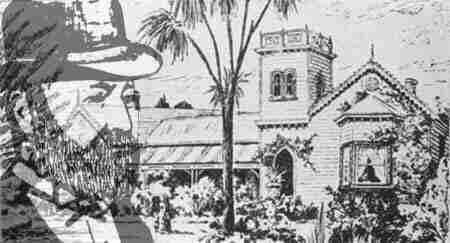 Cape Woolamai was originally named Wollomi, this being the name the aborigines had for the Schnapper fish.

The Cape became part of the run of Captain John Cleeland who took up 7000 acres there in the 1850's. Born in Ireland in 1826 he came to Victoria with his parents in 1840, establishing a farm at Whittlesea.

By 1850 he was at sea in his schooner, the Harriet. Rumor has it that this fast vessel had previously been used to run opium, but Cleeland used her for trading in the South Pacific, obviously very successfully.

Retiring from the sea in 1857 he leased the Albion Hotel in Bourke Street Melbourne from the first Lord Mayor of Melbourne. He brought the hotel in 1859 and kept the business until 1881. The Albion was the starting point for all Cobb & Co. coaches stage routes into the country.

Perhaps it was his sea going experience which led him to extend hospitality to Lt. James Waddell of the Confederate raider the Shenandoah when she visted Melbourne in 1865. The vessel had sailed 44,000 miles in an epic raiding voyage during which she touched port only twice. Obviously impressed by the warm welcome afforded by Cleeland, Lt Waddell responded by leaving a cannon and some cannon balls. Today the cannon can be seen in front of the Churchill Island homestead. 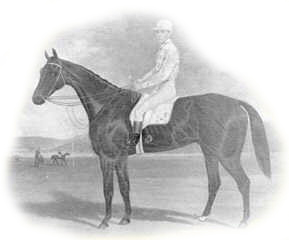 A keen racing man John Cleeland raced some very good gallopers in the confederate colours which he used as his racing colours. Shenandoah won an Australian Cup and possibly could have won the Melbourne Cup had she not broken her neck in an unfortunate accident. Woolamai won the 1875 Melbourne Cup carrying 7 stone 8 pounds and taking 3 minutes 38 seconds to cover the two mile distance.

After he sold the hotel, he retired to Woolamai House on Phillip Island where he ran sheep, bred shetland ponies and racehorses.

At one time there were 300 people living in the area and involved in the quarrying industry. Today Woolamai House still stands but is privately owned and not open to the public. John Cleeland is survived by many relatives some of whom still live and work on Phillip Island.