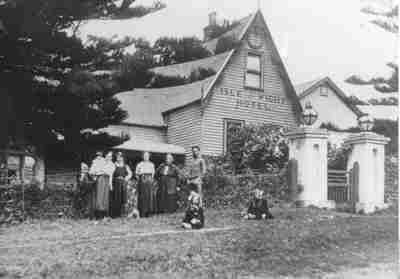 The site of the Isle of Wight Hotel was first purchased by John Richardson of Keynton in 1869.

A well known writer of those times described the hotel as a picturesque Swiss looking house with peaked gables and a verandah. The Isle of Wight hotel was totally destroyed by fire on the 23rd April 1925 with no loss of life. The hotel was rebuilt in 1927. Pictured is the hotel prior to being destroyed by fire.