Back To Phillip Island Site 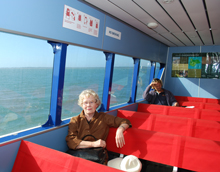 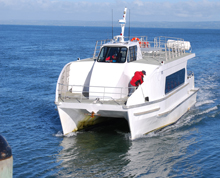 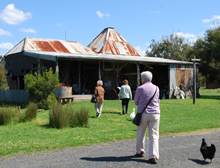 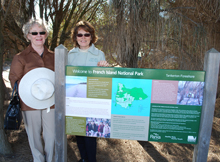 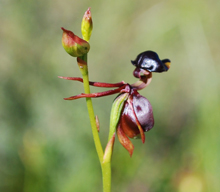 Over 100 Species of Rare Orchids 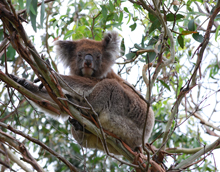 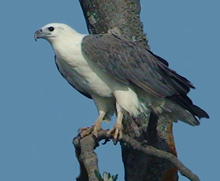 Close to Melbourne, but in many ways worlds apart, French Island which is twice the size of Phillip Island two thirds being National Park is only 65 kilometers from Melbourne, yet is still a mystery to many Victorians who know little - if anything - about this intriguing Western Port island.

It is the only unincorporated territory in Victoria, meaning no shire, no rates, no access, except by boat. It has a permanent population of about 100 people who are mostly into farming and/or tourism. The French Island people are self regulating, have dirt roads and take life a little slower.

Accommodation is available at local guesthouses, cabins and bed and breakfasts. Camping sites also available for those wishing to pitch a tent. Contact the island rangers or Lois Airs French Island Tours on 0412 671 241 for further information on camping sites and requirements. Take-away food and supplies can be purchased from the General Store located on Tankerton Road approximately 2.5 kilometers from the jetty.

The island is renowned for its magnificent flora and fauna with 105 species of orchids growing wild. See the magnificent Black Swans, Ibis and Short Tailed Shearwaters (Mutton Birds) Birds of prey such as Sea Eagles and Swamp Harriers and one of the rarest, most endangered wildlife species The Orange Bellied Parrot (between March and June). See a Long Nosed Potoroo, or an Echidna.

See one of Australia's most famous and unique native animals up close in its natural habitat - the koala. Koalas are marsupials, that is the young are born in a very immature state, and are nutured in a pouch. The scientific name Phascolarctos Cinereus means "pouched bear" and "ash-grey", however koalas do not belong to the family of bears.

Koalas are well adapted to life in the trees. Unlike other tree living marsupials such as possums, they do not have a tail nor do they shelter in hollows or nests.
For climbing they rely on the strength of the fore and hind limbs, and have paws specialised for grasping. Two fingers on the front paw are opposed to the other three, forming a powerful clamp. Both front and hind paws have rough pads and long sharp claws to assist in gripping. Koalas have thick wooly fur which insulates them from extremes in weather, high in the branches of trees.

A diet of leaves provides most of their food and water requirements. Koalas browse approximately 50 species of Eucalyptus and several other tree species. Two long pointed, lower front teeth, biting against six upper incisors are used by koalas for snipping off foliage, then their large molars with ridged crowns, grind leaves into a fine consistency. Leaves contain a large amount of fibre which is difficult to digest, so like some other plant eating animals, koalas have a highly developed fibre digesting organ called a caecum which contains millions of microbs which break down the fibre. Koalas generally produce only one offspring during the annual breeding season from early spring to mid summer.

Chicory farming was once a main stay for the islanders, there are still chicory kilns to be seen, probably the best is at the Airs farm. Chicory is a root vegetable similar in shape and colour to a parsnip. To cut a long story short chicory was once used as an additive to coffee and was in such demand it maintained an industry both on Phillip Island and French Island.

To get to French Island you have to catch the Inter Island Ferry which runs a service to and from the island daily from Stony Point on the Mornington Peninsula and also from Cowes Jetty on nominated days. Information phone 03 9585 5730. Push bikes are permitted on the ferry and as there is no transport (except by arrangement with a tour operator).