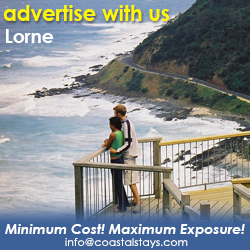 Marvel at magnificent fern gullies which surround huge trees, some many hundreds of years old including the prehistoric Giant Southern Beech tree (Nothofagus). The park outside Lorne has 50 kilometres of sign posted walking tracks. 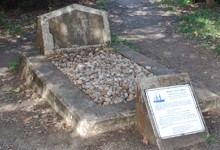 Historic Grave
Historic Grave - approximately 5 kilometers east of Wye River, is a memorial to several seamen who drowned trying to salvage the cargo from the ill fated W. B. Godfrey which was wrecked there in 1891.
The story of the Godfrey is on the display board in front of the lookout just past the grave.
More Information  Contact 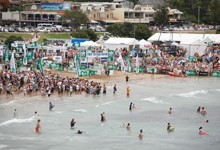 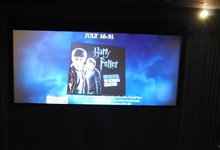 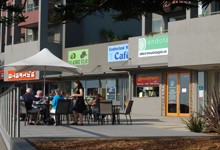 Mountjoy Parade
Stroll the fascinating main street (Mountjoy Parade) visit the boutiques, speciality shops and galleries. Take in the cosmopolitan ambience from the many cafes, restaurants and take-aways catering for all tastes and budgets.
Contact 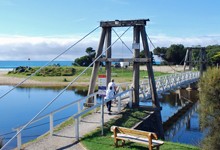 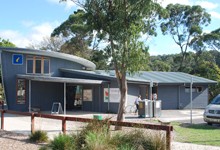 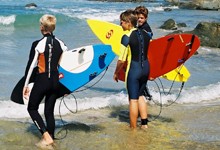 Lorne Foreshore
Mountjoy Parade Lorne VIC 3232
There is always something going on. Learn to Surf with Go Ride a Wave everything is supplied. Trampolines are great fun as is the mini golf, swimming pool and skate park. For further details contact the Information Centre.
Contact

The Lorne Falls Festival
The ever popular Falls Festival which runs from Dec 28 to Jan 1 was the brain child of a local surfer who organised the first event 20 years ago on a local family farm in Erskine Falls Road. From humble beginnings the Festival is now known Internationally with top acts appearing from all over the world.
Contact 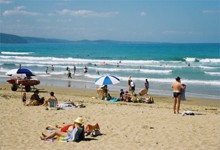 Louttit Bay
Louttit Bay helps makes Lorne so attractive to holiday makers. This excellent family beach patrolled during main holiday periods runs the whole length of Mountjoy Parade (main street) and is a haven for all types of water sports. Originally Lorne was known as Louttit Bay after Captain Louttit the skipper of a local ketch named Apollo. (Apollo Bay) It was renamed Lorne after the Marquis of Lorne, in 1870.
Contact
1  2   Next >
View All . Back to Top