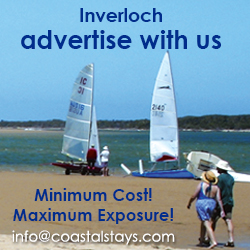 Cape Paterson: Tucked away amongst the sand dunes 19kms from Inverloch. Drive through the Bunurong Marine & Coastal Park featuring rugged sandstone cliffs and prominent headlands with fantastic views of Bass Strait often compared to a mini version of the Great Ocean Road and certainly a must do if in the area. From Cape Paterson travel to Wonthaggi then onto the Bass Highway to Phillip Island.

Tarwin Lower: Village is located on the Tarwin River 25kms from Inverloch. A peaceful part of Victoria’s South Coast the town is well serviced with a hotel, motel, licensed general store/newsagency, post office, real estate agent, takeaways, hardware store and butcher all catering for your requirements. Stroll along the boardwalk, drop a line into the river with the kids.

Venus Bay: is 6kms from Tarwin Lower with a walk/bike track connecting the two villages. Venus Bay was named by George Bass after the planet commonly observed as the morning or evening star. Enjoy 26 kilometers of magnificent, unspoilt sandy surf beaches, via 5 different access points along the bay stretch.

Wilsons Promontory, or the 'Prom' as it is affectionately known, is the southern most tip of the Australian mainland, situated approximately 100kms south of Inverloch an easy 90 minute drive. Admittance to the park is free. Tidal River township is approx 30 kms from the park entrance. Note: there is only one way in and out of the National Park.

Click here for more information on Day Trips from Inverloch.