Back To Eden Site 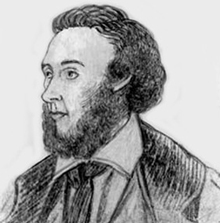 Sleep by the Bay 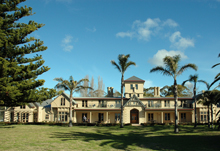 Views of Twofold Bay from Verandah

Benjamin Boyd, born on the 21st August 1801 in London, was the second son of Janet and Edward Boyd, a London Merchant of Merton Hall, Wigton Shire, Scotland. Boyd spent his early years in Scotland near the small town of Newton Stewart.

In 1825 Benjamin Boyd became a member of the London Stock Exchange where for 15 years followed shipping and commercial opportunities available in the State.

On the 8th October 1840, Boyd addressed a letter to Lord John Russell stating that he had recently dispatched a vessel (the Seahorse Paddle Steamer) for the purpose of trading in Australian waters. He also stated that he intended to send other vessels and asked for certain privileges in the connection with the purchase of land at various ports he intended to establish. He received a guarded reply promising assistance, but pointing out that land could not be sold to an individual to the “exclusion or disadvantage of the public”.

Boyd’s bold response to this was to float the “Royal Bank of Australia” in hopes it would help finance his operations. The banks total nominal capital was worth around one million pounds with Boyd gaining a raised venture capital of approximately 200,000 pounds. Boyd also formed the “Australian Wool Company” within which 15,000 pounds of its in debentures were deposited with the Royal Bank.

In 1841, backed by the “Royal Bank of Australia”, accompanied by brother James Boyd, artist and friend Oswald Brierly and a crew of 14, Boyd set sail for Sydney aboard his luxury schooner the “Wanderer”, a unit of the Royal Yacht Squadron. Boyd arrived in Sydney on July 18, 1842.

In December 1842, during a voyage from Sydney to Melbourne, Boyd and his party remained in Twofold Bay while the paddle steamer “Seahorse” returned to Sydney for repairs to a damaged piston. It was during this short stop over that Boyd recognised Twofold Bay’s potential and immediately set to work planning a self sufficient township.

Within 2 years of his arrival, Boyd had become one of the largest land holders in the colony with nearly 2.5 million acres in the Riverina and Monaro regions upon which grazed 158,000 sheep and 21,000 head of cattle.

Boyd decided that Twofold Bay would serve as the coastal base for his enterprises through which he could ship livestock, wool and tallow from the Monaro Hinterland.

In 1843 constructions of Boydtown commenced, which involved the building of a 300 foot long jetty, a lighthouse, a church, convenience stores, brick houses and an Elizabethan style Hotel. Boyd hoped that one day Boydtown would become the Capital of Australia.

To cut a long story short return on the investors money was slow so they withdrew their support which meant the end of the Boyd empire. By 1870 the development was left unoccupied.

Boyd left Australia to re-establish his fortune in the Californian Goldfields, but failed. Moving on, Boyd explored various islands of the Solomon group, with the idea of establishing a Papuan Republic.

On October 15th,1851, accompanied by a native he went ashore on San Cristobal Island to shoot game, and disappeared.

The principal relic of Boyd’s adventures is the Seahorse Inn. It began construction in 1843 however, symbolic of Boydtown itself the Hotel was built of convict labour and was never fully completed.

It was abandoned in 1849 and for almost an entire century was left vacant, reduced to a mere shell due to vandalism and deterioration.

In 1936 it was purchased by the Whiter brothers who renovated it and later added a second story.

In 1975 Bruce Lyon purchased the Seahorse Inn and continued to restore it throughout the 1980’s and 1990’s.

In 2002 he closed the Inn down and spent a considerable amount of time renovating and refurbishing the old Hotel. He added the Brassiere and Conference rooms onto the original building and transformed it into the beautiful Hotel it is today.

Today, The Seahorse Inn on the New South Wales Sapphire Coast is a luxurious boutique hotel, situated on the shores of  magnificent Twofold Bay.

It offers the astute guest the unforgettable experience of a luxury, contemporary escape in beautiful surroundings. With stunning bay views.

The Seahorse Inn offers a choice of dining options, from a-la-carte restaurant to the more informal Brasserie. Both restaurants offer a fine selection of foods including locally produced seafood and other gourmet dishes.