Back To Apollo Bay Site 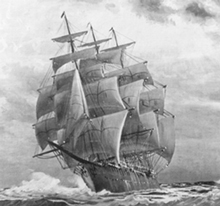 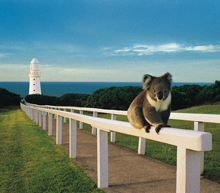 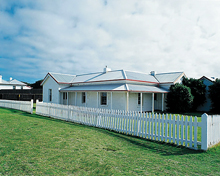 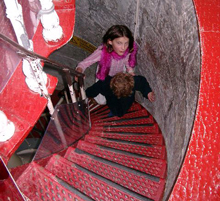 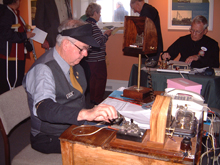 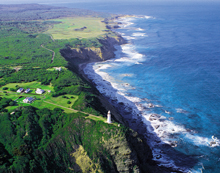 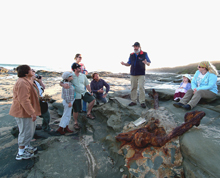 Approximately 25-30 minutes west of Apollo Bay via the Great Ocean Road and Lighthouse Road is magnificent Cape Otway home to the oldest surviving lighthouse in mainland Australia. Koalas frequent Lighthouse Road so be very careful if you are stopping to photograph or admire them.

Accommodation is available at the Lightstation, with several other options from camping to luxury in the immediate area.

The west coast of Victoria once inspired fear for ships sailing from Europe or America. Sailors spoke of wild seas and dangerous reefs, of steep cliffs and heavy sea mists.

The 120 kilometers of coastline between Cape Otway and Port Fairy claimed over 80 ships in 40 years with hundreds of lives lost, ships which had travelled safely across half the world only to find disaster miles from their destinations.

Matthew Flinders said “I have seldom seen a more fearful section of the coastline” and the Cape Otway Lightstation stands as a testament to that.

Cape Otway Lightstation is the oldest, surviving lighthouse in mainland Australia. The light, which has been in continuous operation since 1848, is perched on towering sea cliffs where Bass Strait and the Southern Ocean collide. For thousands of immigrants, after many months at sea, Cape Otway was their first sight of land after leaving Europe.

The iconic lighthouse is the highlight of your visit which you can explore at your pace. Climb to the top (90 metres above the wild Southern Ocean) and experience the stunning coastal views and sometimes you may be lucky enough to see a ship cruising past or whales on their migratory path. There is so much more to see and do within the Lightstation grounds. Guided and self-guided tours daily from 9am.

The Lightstation precinctis the traditional home of the Gadabanud people. Discover more about this isolated but resourceful Aboriginal clan.

Australia's first submarine cable link was laid between Cape Otway and Launceston in 1859. The Telegraph Station has been meticulously restored.

A radar bunker was constructed in 1942 after a United States ship was sunk by a German mine off Cape Otway.

Ask the Lighstation guides about the Cape’s ghosts and about the plane which mysterously disappeared off Cape Otway with rumours of UFO’s being involved.

A representative will be in touch with you soon.

Disclaimer: Cape Otway Lightstation, staff and agents have made every endeavour to ensure that details appearing on this website are correct at the time of publication, but accept no responsibility for any inaccuracy of misdescription, whether by inclusion or omission, nor does the owners of the CoastalStays group of websites accept any responsibility for subsequent changes in details or services shown.